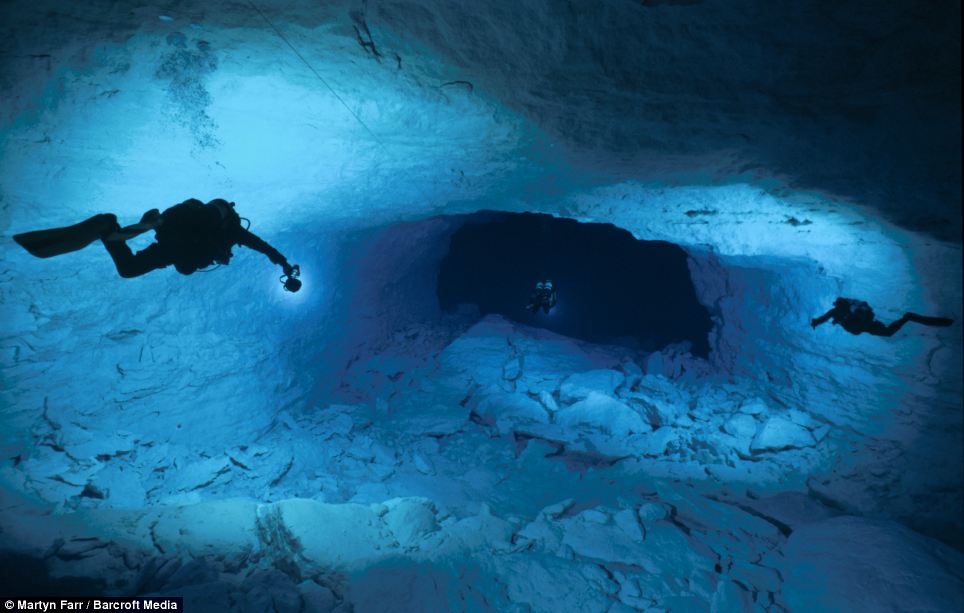 There are many types of technical diving. The best studied is “Cave diving”, with over 650 fatalities in the most recent review of the data. Early pioneers of the activity took an active interest in systematically examining incidents, and tried to develop general causes of those accidents. This became known as “Accident Analysis,” and it formed the basis of cave diving instructional programs in the United States.

Continued review of fatalities and near misses has added knowledge, and has further defined contributory causes to accident analysis. While these studies looked primarily at cave diving, and some of those factors are specific to cave diving, reviews of fatalities in other environments are applicable in other types of technical diving, as well.

The Birth of Accident Analysis:

In 1979, Sheck Exley published the now famous “Basic Cave Diving – A Blueprint for Survival.” For the first time, accident analysis was used as a tool to understand the causes of past fatalities and incidents in order to create a set of rules and safety protocols that work in real-life situations.

Exley discovered that three major factors led to the diver's demise in most cave diving accidents. Two additional contributing factors were later identified. Examining these factors lead to the development of what are now known as the five rules of accident analysis. These five guidelines are still taught in cave courses today, and in combination with rigorous training have greatly increased cave diver safety.

The Five Rules of Accident Analysis for Cave Diving:

Be trained in the type of diving you are doing:

The primary cause of fatalities is exceeding the level of training. In cave diving, this often means entering overhead environments without any specialized training. In fact, about two-thirds of all cave diving accidents involved people who had no training at all. Another 25% were exceeding their level of training at the time they perished.In all types of diving, it is common for divers to “try” a type of diving before seeking training. As an example, think of someone you might know who “tried” a decompression dive or set a personal “deepest” dive before receiving specialized training in these activities. Training levels were exceeded in more than 90% of all fatalities, pointing to the importance of receiving adequate training beforestarting technical diving activities.Environmental conditions often contribute to accidents. In cave diving, lack of direct access to the surface and darkness are obvious considerations. Others include silting, depth, and currents. In cave diving, environmental issues led to the development of the next four rules of accident analysis in cave diving: guideline use, Third’s Rule, deep diving, and lights.

Maintain a Continuous Guideline to the Open Water:

Cave divers should always follow (or place) a continuous guideline to the surface. Without a continuous guideline to follow out from the deepest point of penetration, a diver in a zero visibility situation will have almost no chance of finding his way to the entrance. Even with perfect visibility, it can be surprisingly easy to get lost in a cave. The complexity of many cave systems is such that a diver will have difficulty navigating out by memory alone. Following a line in zero visibility, and even laying a guideline in a first place, are technical skills that require long practice sessions in order to master. Again, watching a video or reading an article will not will not adequately prepare a diver to perform this skill in real life.

Reserve a minimum of two-thirds of your initial gas supply for exiting:

This is called the “Rule of thirds,” and is the basis for gas management for many technical- diving activities. The general concept is you use one-third of your gas entering, one-third exiting, and save one-third to cope with any unexpected emergencies or contingencies. Setting penetration distances based on air consumption is the primary way cave divers meter out their air and the duration of their dives.Utilizing air rules is a common practice for limiting dive distances or times in other technical-diving activities as well. A future column will be devoted to examining these gas-management rules.

Never Exceed the Maximal Operation Depth of Your Breathing Gas:

A large number of cave diving fatalities are related to diving below the maximum operational depth (MOD) of a diver's breathing gas and experiencing severe narcosis or oxygen toxicity. It is critical that a cave diver maintains a clear head. When experiencing narcosis, a diver's reaction time becomes much longer and his analyzing capacity reduces dramatically. This may lead him to make poor decisions. A small problem can lead to a catastrophic chain of events if the diver’s reaction is tempered by narcosis. A general rule is that air shouldn’t be used any deeper than 100 feet (30 meters) to avoid the negative effects of narcosis. In addition, divers should personally analyze their breathing gas mixtures before every dive, and should never exceed a partial pressure of oxygen of 1.4 ATA to avoid oxygen toxicity, which can cause convulsions and loss of consciousness. For this reason, many cave dives deeper than 100 feet (30 meters) are made using trimix.

Caves are almost 100% pitch black. Wrecks, too, can contain areas with no natural light at all. But we need light to swim or move efficiently through passageways, to communicate, and to efficiently handle equipment. It makes no difference if we are cave diving, wreck diving, deep diving, or night diving. Redundant lights allow us to safely terminate a dive if we lose our primary light. Numerous fatalities in caves stemmed from divers who could not see when their only light failed.These rules constitute the “classical” rules of accident analysis. They were identified in the 1970-80s. In the next issue, we will look at additional contributing causes to cave diving fatalities that have been identified in the last decade. We will find that these apply even more strongly to other modes of technical diving. Until then, safe diving!